Skip to content Skip to sidebar Skip to footer

Pregnancy Cellulite and How to Prevent It 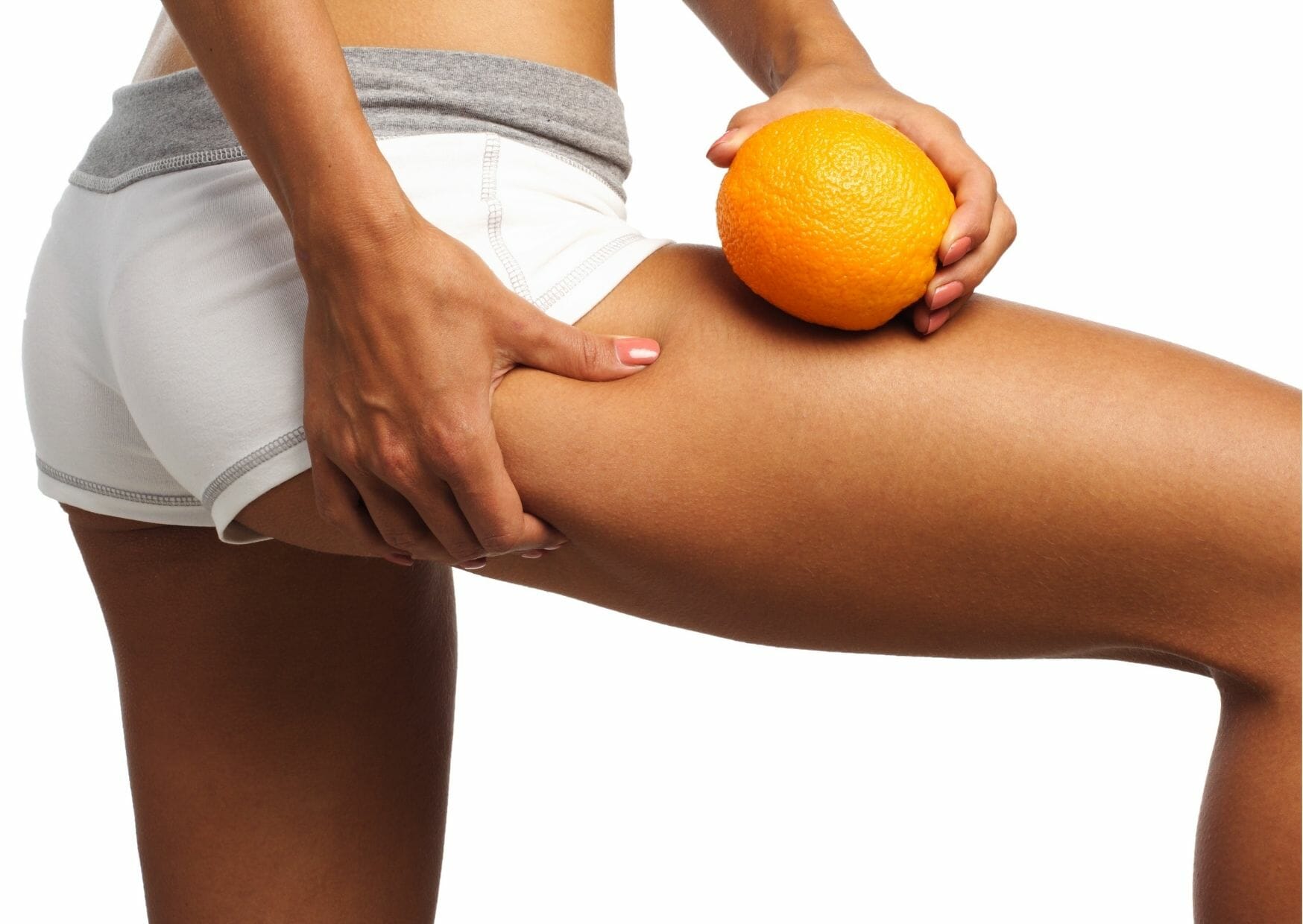 Right from the off we want to make it clear that we absolutely detest the word pregnancy cellulite and how it is used in modern society, particularly by media and tabloids, to degrade women (and men) and make them feel bad for having a condition which is completely natural and happens to 85% to 98% of women, especially when you’re pregnant (more on this later). We feel that cellulite is nothing to be ashamed of and is just an excuse for pharmaceutical companies to try and push products to you that will end up doing very little if nothing at all.

We wanted to make our position clear at the start so that you, the reader, won’t be misled in thinking that this article is set out to make it out to be something that it isn’t and to end up being yet another article that will make you feel bad unless you purchase something we’re going to push. If you read any of our articles on Best For Mums you’ll see that we try to deal with everything positive and never put down or speak negatively about an issue which can cause distress.

Instead, we hope this article can be useful in helping you learn more about cellulite during pregnancy, what actually causes it and how to alleviate the appearance in a healthy, non invasive way if this option even exists.

What is cellulite and pregnancy cellulite

Cellulite is a slang term to describe lumps and dimples which can form on the skin, in particular around the buttocks and thighs (such as lumpy legs during pregnancy). It is a physiological condition as opposed to pathological which means it is caused naturally and not as a result of a disease, virus or other external conditions – this is exactly what we mean we say it is a completely normal thing to occur.

Cellulite and pregnancy cellulite are the same thing.

It is difficult to explain what cellulite actually is without using scientific gobbledygook. So we’re just going to quote what wikipedia says “Cellulite is the herniation of subcutaneous fat within fibrous connective tissue that manifests topographically as skindimpling and nodularity, often on the pelvic region (specifically the buttocks), lower limbs, and abdomen.”

To me and you, it’s the lumpy texture you can get, typically on the bum, thighs, legs and belly. But it’s usually the legs and bum. Pregnancy cellulite is exactly the same as any other cellulite and it’s more common appearance will be explained in more depth shortly. 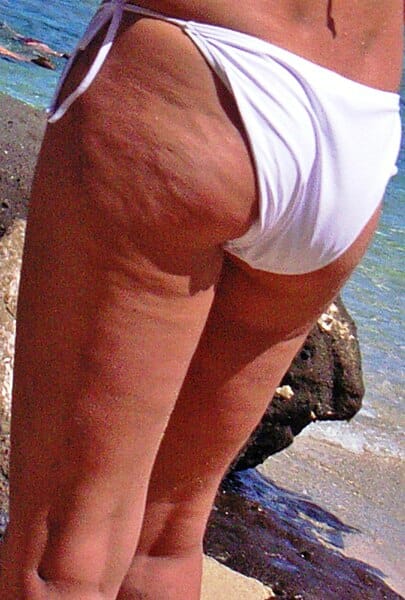 The same causes of non pregnancy cellulite is the reason why getting cellulite while pregnant is more likely or if you have existing cellulite it could make its appearance more prominent.

There are several factors why being pregnant can make cellulite worse, they are:

An increase in body fat from the pregnancy

Having more water in the body can push cellulite packets closer to the skin increasing the likelihood of the skin having a lumpy appearance. Pregnancy causes the body to hold on to more water to aid with growing a healthy baby. Water is crucial for a healthy pregnancy and we do not advocate reducing water intake just to try and avoid cellulite.

A significant change in levels of hormones (estrogen)

This and so much more...

Best For Mums have created a wide range of product guides to helps mums, here’s a selection:

The lifestyle and diet of a person does have an impact on cellulite, many studies have claimed. It is quite easy to take your foot off the gas in terms of going to the gym during pregnancy, especially in the later stages which can lead to cellulite. We recommend keeping your activity levels more or less the same during early pregnancy and there’s no reason why you can’t continue to go to the gym. Of course, during the later stages this might not be possible but you are still able to walk and do pregnancy yoga, as an example.

A poor diet is also a leading cause of cellulite so it’s important to eat healthy foods throughout if you want to do everything you can to alleviate the appearance and reduce the risk. A healthy diet during pregnancy can do a lot more than just prevent cellulite as it can lift your mood, reduce the risk of pregnancy complications and help you sleep better.

High stress levels have been heavily linked with pregnancy cellulite and obviously our tips is to try and live a stress free life during pregnancy!

Having poor blood circulation can lead to less essential nutrients moving around the body. In areas such as the bum and thighs this can lead to the skin tissue weakening and the result is dimpling which we all know as cellulite.

Good blood circulation is important during pregnancy and as such should be addressed as soon as it happens as it may lead to more worrisome symptoms than cellulite such as varicose veins.

Can you use cellulite cream while pregnant

Not only are cellulite creams pointless, but they also have chemicals which can be harmful to mum and baby during pregnancy. Therefore, we would absolutely not recommend their use during pregnancy.

Cellulite creams often contain methylxanthines which is a form of caffeine, and as we know, caffeine intake should be reined in during pregnancy. You don’t need to give up caffeine completely but rubbing caffeine into your bums and thighs when you can avoid it is advised.

Second of all, there is no cure for cellulite and you shouldn’t be wasting money on creams whether you’re pregnant or not! Cellulite creams may improve the appearance and make the skin firmer but it will not get rid of cellulite. So, save your money and relax!

Is there anything you can do to prevent pregnancy cellulite?

We hope we’ve managed to get the point across that cellulite is a completely normal thing to have and more common in pregnant women for various reasons. With that being said, there are some things you can do during pregnancy to reduce the chances of it happening and reduce the severity of it if it did.

There is a link between a bad diet and the formation of cellulite. Eating healthy foods is something we would always recommend before, during and after pregnancy. As well as eating healthily, avoiding processed foods, foods high in sugar and saturated fats we would also add to make sure to not overeat and gain too much weight during pregnancy. Remember, the phrase ‘eating for two’ is a dangerous myth which can lead to obesity and complications far more worrying than cellulite!

At times you may not feel like being active, especially during the later weeks. But, have an active lifestyle has been linked with reduced cellulite so try your best to keep your life the same even after you find out you’re pregnant!

Being active does wonders towards having a good pregnancy so you should aim to do it not just to avoid cellulite. You should be able to do everything you did before pregnancy for most of the first and second trimester and in the third trimester if you can’t do the intense exercises try to do gentle exercises such as walking and pregnancy specific yoga.

If you’ve quit smoking and drinking, eating healthy and staying active you should have no problem with blood circulation. However, if you want to make double sure then why not invest in the services of a masseuse that can do pregnancy massages or treat yourself to a nice body brush! Go on, you know you want to!

Will pregnancy cellulite ever go away

Post pregnancy, as you lose weight and water the appearance of cellulite will get better but it is unlikely it will go away completely unless you are genetically gifted and change your lifestyle completely.

To help the pregnancy cellulite go away as much as possible then it’s important to eat healthily and be active working on both burning fat and building muscle. Stay away from fad diets and try to lose weight gradually.

There is no magic potion for pregnancy cellulite!

It is as simple as that, don’t let the media, celebrities and influencers make you feel bad about a completely natural occurrence that over 83% of women will experience!

After learning all she knows about pregnancy, birth and babies the hard way, Beth is now sharing her knowledge with you. She has a degree in business but has honorary Masters in Taming Tantrums, Messy Play, Toy Finding and Cuddling. 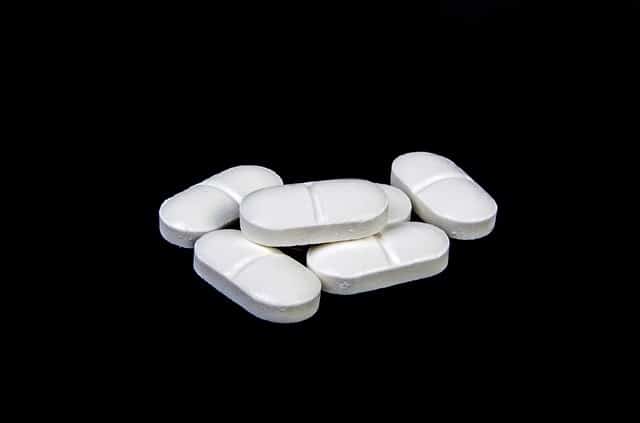 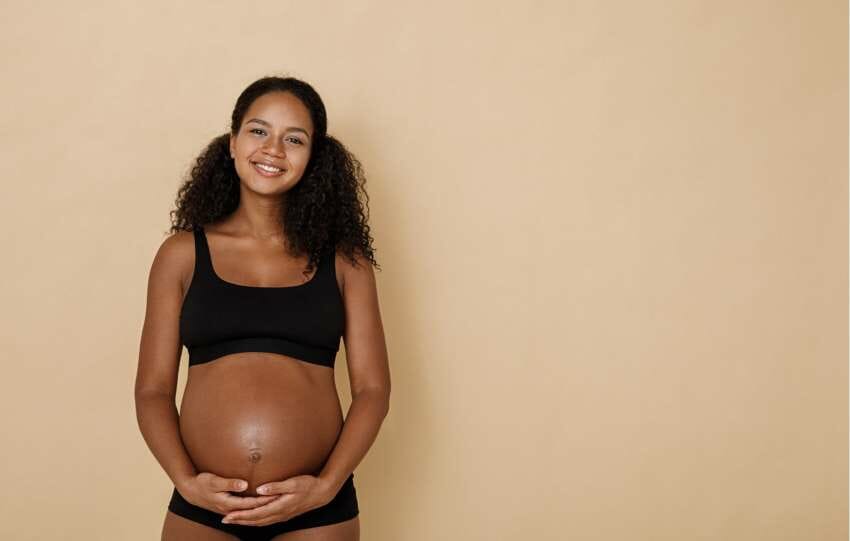 How to Keep your Newborn Cool at Night in the Summer

This website uses cookies to improve your experience while you navigate through the website. Out of these cookies, the cookies that are categorized as necessary are stored on your browser as they are essential for the working of basic functionalities of the website. We also use third-party cookies that help us analyze and understand how you use this website. These cookies will be stored in your browser only with your consent. You also have the option to opt-out of these cookies. But opting out of some of these cookies may have an effect on your browsing experience.
Necessary Always Enabled
Necessary cookies are absolutely essential for the website to function properly. This category only includes cookies that ensures basic functionalities and security features of the website. These cookies do not store any personal information.
Non-necessary
Any cookies that may not be particularly necessary for the website to function and is used specifically to collect user personal data via analytics, ads, other embedded contents are termed as non-necessary cookies. It is mandatory to procure user consent prior to running these cookies on your website.
SAVE & ACCEPT