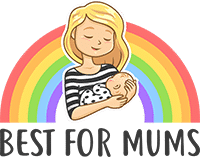 How To Conceive a Baby Boy

From old wive's tales to real factors in having a boy, this handy article has everything you need to improve your chances of having a boy

Home » Conception and Pregnancy » How To Conceive a Baby Boy

Since the beginning of recorded history, there have been tales and tips in most cultures about how to make sure you conceive a baby boy. Many people refer to them as old wive’s tales or superstitions whereas others truly believe that there are things that mother and father can do to improve their chances of conceiving a male. Here at Best For Mums we thought it would be a good idea to get all the facts and fiction out there in one handy page – if you’ve followed these tips and ended up lucky please let us know!

Why would someone want a guaranteed boy?

There are many reasons why someone would want a boy over a girl on their current or next pregnancy:

Everyone’s reasons will be personal to them. Do you really want a boy? What is your reason for this? Why not let us know in the comments below, you do not have to disclose your real name.

Improving your chances of getting a boy

Although none of the following will probably ever be confirmed medically, they are nonetheless contributing factors to conceiving a boy according to some people. The first list lists suggestions which may be plausible

A lot of the above has been taken by the ‘Shettles’ method of gender selection, a book which apparently can help you choose the gender of your baby before it’s conceived. If you want to have a look at it it’s available on Amazon:

294 Reviews
How to Choose the Sex of Your Baby: The Method Best Supported by Scientific Evidence
View Product

This and so much more...

Best For Mums have created a wide range of product guides to helps mums, here’s a selection:

And now for the fun part! Here are some of the superstitions we’ve encountered about conceiving a boy:

So, can you determine the gender of your baby?

So, you’ve read all of the above and really want a boy but not sure what to believe. Well, we’re all about honesty here at Best For Mums and trust me – there is no way to be able to influence the gender of a baby. At the end of the day the chances are around 50/50 – we believe when it comes to trying for a baby the most important thing is to relax, stay healthy, have sex often and enjoy yourself! If your fixated over what the gender is going to be BEFORE you’re pregnant then perhaps you should re evaluate why you’re trying in the first place.

Conception is a tricky subject. Here’s a selection of articles to help you navigate and get pregnant!

Get the latest news, views and reviews straight to your inbox.

Scroll back to top